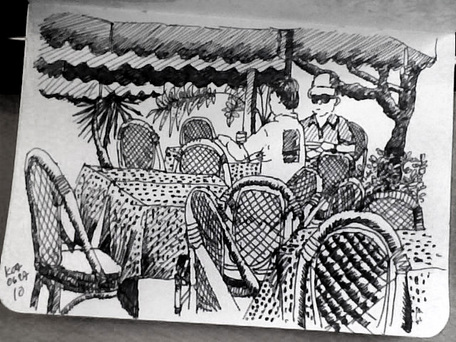 I used to have a food blog or it's better called as eating out blog because I never cooked a single meal I posted there.

One of my posts was about sampling donut flavors at Krispy Kreme. What I ended up with instead was a sketch of an adjoining coffee shop with patrons dining alfresco. There were lots of plants around which made the nook cozy, like time did not exist. 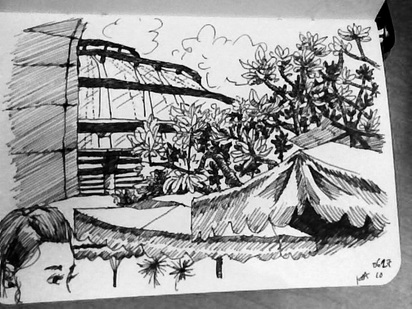 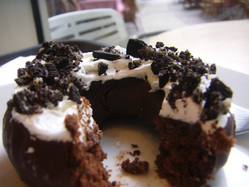 I attempted to sketch the surrounding buildings (above) but I had a hard time. Architecture is not my strength. I always end up twisting lines and having a morbid perspective.

I do recommend the cookies and cream flavored donut that I had that morning. 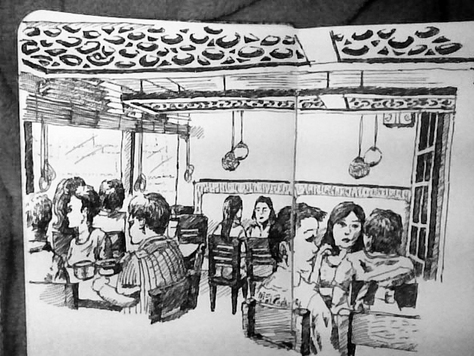 Back when my budget for eating out was still hefty, I had the opportunity to sketch a scene in every restaurant I ate in. Not all restos are the same.

The sketch on the left was done during lunch time at a mall in Mandaluyong City. My spot was at the far end corner of the floor so I had a good view of the whole room.

The second sketch (below) was in the same mall at a Persian-inspired restaurant. I had to remove the guy from the sketch because he moved every second. It was annoying. An attendant approached me to compliment my work. 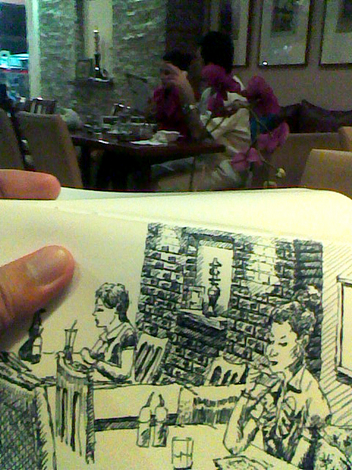 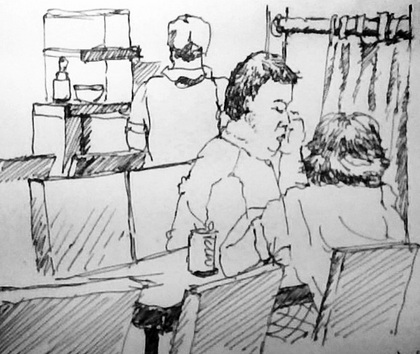 It's usually hard to sketch during dinner time in malls because thats when most people rush out of their offices to eat meals with other people before heading home.

This sketch (left) was done at closing time at a Japanese fast-food chain. No one was minding me anymore because all they cared about was their food.

At this other Japanese place I dined in (below), I felt like a hardcore voyeur because of the restaurant's interior design. The partitions made each table secluded from the other. 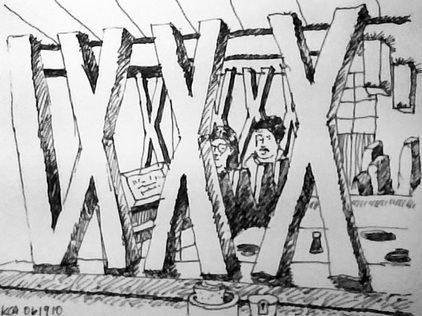 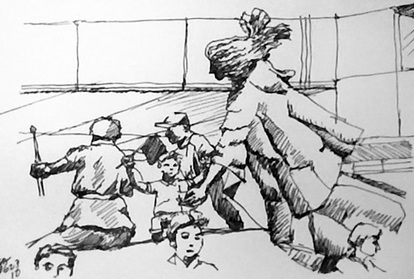 I chanced upon today a Facebook status of a high school friend. It reads: "Makati Day today. Unlike Pasig Day, may pasok (there's work). Otherwise that will hit the economy."

In honor of Makati City, I'm posting here today two depicted sites of the city's business district. One is that of RCBC Building's freedom monument which I did last year (left). The other is that of Senator Gil Puyat Avenue (formerly called Buendia; below). 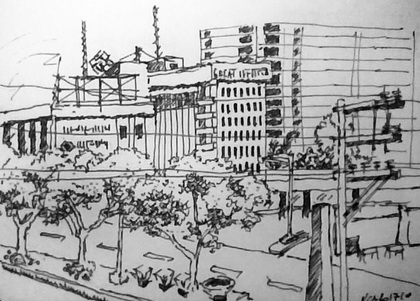 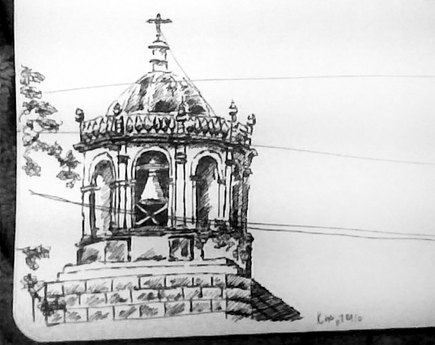 Most of my school mates and friends have gone off to different countries to work and live. People have gone but the city remains the same. I've been residing in  the same city for the past few decades.

The city's town proper has this old church -- The Immaculate Conception Church -- which I decided to sketch one hot afternoon last year. I took a spot in the public park across the church and sketched away what my eyes could see. 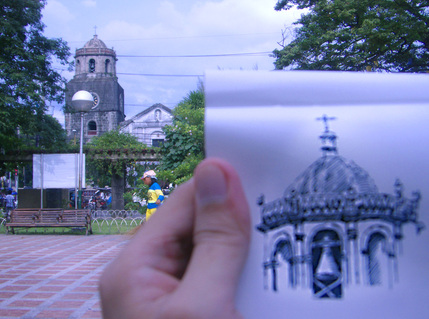 The Beast Is Asleep 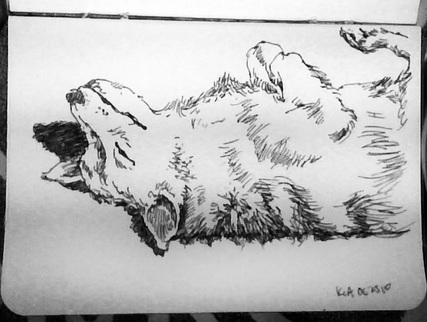 My pet Japanse Spitz dog is hard to sketch when he's awake. He refuses to pose for a few seconds.

I had to wait for his nap time to be able to get a good pose out of him.

This was done last year when my pet dog chose to sleep inside my room.

When he's awake, he turns from left to right every 2 seconds. It's crazy. 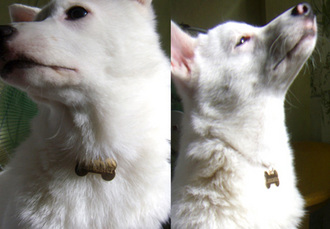